A young woman now aged 18 and a half, who at birth was HIV-infected via mother-to-child transmission (during pregnancy or at delivery), is in virological remission, despite not having taken any antiretroviral therapy for the last 12 years. Monitored in the French ANRS pediatric cohort, this young woman seems to have benefited from the treatment that was initiated shortly after her birth and stopped approximately six years later.

Researchers from Institut Pasteur, Inserm and Paris university hospitals state that her case suggests that long-term remission after early treatment is possible in children infected by HIV since birth, as demonstrated in adults in the ANRS VISCONTI study.  They go on to add that this is the first case in the world of long-term remission in a child.  The study will be presented as an oral communication at the 8th International AIDS Society (IAS) Conference.

The current study concerns a girl born in 1996 and monitored in the French ANRS pediatric cohort and is also explained here via an interview with the team spokesperson. She was infected at the end of pregnancy or at childbirth when her mother had an uncontrolled viral load (quantity of virus in the blood). Data findings showed that despite being given zidovudine prophylaxis for six weeks, the child was nonetheless HIV-positive one month after birth. Two months later, following discontinuation of the prophylactic treatment, she had a very high viral load, which prompted initiation of treatment with four antiretroviral drugs.

This treatment was continued until the child was almost six years old. She was then lost to follow-up and her family decided to stop the antiretroviral therapy. On examination one year later by her medical team, she was found to have an undetectable viral load (<50 copies of HIV RNA per mL of blood). Her doctors then decided not to resume treatment.

Twelve years later, now aged 18 and a half, she has a viral load that is still undetectable, as measured with a particularly low detection threshold (<4 copies of HIV RNA per mL of blood), despite never having resumed antiretroviral treatment. Her CD4 cell count has remained stable throughout this period.  The team note that the patient has none of the genetic factors known to be associated with natural control of infection.  They go on to hypothesize that most likely she has been in virological remission for so long because she received a combination of antiretrovirals very soon after infection.

The reseachers state that this case is clinically, immunologically and virologically similar to that of the adult patients of the study ANRS VISCONTI who, after a median of three years on antiretroviral therapy, initiated at primary infection (ie, during the first few months after infection), showed virological and immunological control of their infection for a median of 10 years, without having resumed antiretroviral therapy. The previous study had noted that antiretrovirals started very early may limit the constitution of reservoirs of HIV and preserve the body’s immune defenses.

With this first, highly documented case of this young woman, the lab state that they have provided the proof of concept that long-term remission is possible in children, as in adults. However, these cases are still very rare. They go on to reference a similar case of an HIV-infected infant treated early was described in the United States (the so-called ‘Mississippi baby’), however, they stress that remission lasted just 27 months after antiretroviral therapy was stopped. The team conclude that treatment discontinuation is therefore not recommended in adults or children outside clinical trials.

The researchers surmise that this prolonged remission in a child born seropositive is a major clinical observation that opens up new research perspectives. They go on to stress that this remission should not be equated with a cure and that this young woman is still infected by HIV so it is impossible to predict how her state of health will change over time. The lab concludes that her case constitutes a strong additional argument in favor of initiation of antiretroviral therapy as soon as possible after birth in all children  born to seropositive mothers. 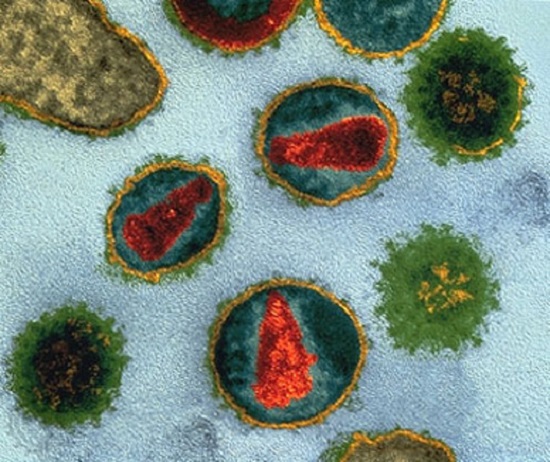 Healthinnovations World’s first case of long-term remission (12 years) in an HIV-infected child to be presented.