Pre-term birth is a birth which takes place before 37 weeks of pregnancy. According to the Centers for Disease Control and Prevention, in 2014, preterm birth affected one out of every 10 infants and is the largest contributor to infant death with most preterm related deaths. It is also a leading cause of long-term neurological disabilities in children. For these reasons, it is critical to identify key indicators of preterm birth.  Now, a study led by researchers at  University of Texas, Galveston has validated a two-protein test for spontaneous preterm birth (sPTB) prediction in a large multicenter prospective study of asymptomatic women.  The study was presented at the Society for Maternal-Fetal Medicine’s annual meeting.

Previous studies show that preterm births account for 75% of perinatal mortality and more than half the long-term morbidity. Preterm labour is now thought to be a syndrome initiated by multiple mechanisms, including inflammation, utero-placental ischemia and/or stress. The observation that several pathways are involved may explain why premature delivery has proved so difficult to predict and prevent. A short cervical length and a raised cervicovaginal fetal fibronectin (fFN) concentration are currently the strongest predictors of preterm birth.  Several other accepted risk factors for preterm delivery include previous history of preterm birth, decidual hemorrhage manifested as vaginal bleeding, and infection.  Although preterm labour is one of the most common reasons for hospitalization of pregnant women, identifying women with preterm contractions who will actually deliver preterm is often imprecise.  The current study validates a two-protein test for spontaneous preterm birth prediction in a large-scale study.

The current study performed a blind evaluation of the performance of a two-protein test for spontaneous preterm birth prediction.  Pregnant women representative of the U.S. population were enrolled at 17-28 weeks of gestational age in the Proteomic Assessment of Preterm Risk (PAPR) study at 11 sites between 2011 and 2013.  Biospecimens were collected at enrollment and outcomes ascertained following birth.  Results show an optimal gestational age window in pregnancy at 19-21 weeks and two highly performing proteins for predicting subsequent spontaneous preterm birth.

The group state that values were measured for 2 predictive analytes, namely insulin-like growth factor binding protein 4 (IBP4) and sex-hormone binding globulin (SHBG), that had been previously discovered and verified in separate studies with best performance in the 19-21 week gestational age interval. The lab stress that strict blinding and double validation protocols were utilized consistent with the Institute of Medicine guidelines for classifier validation.  Data findings show that the novel classifier IBP4 and SHBG was validated in an independent group of women, with a sensitivity of 93% for preterm delivery before 35 weeks and 75% for delivery before 37 weeks.

The team surmise that they have validated a novel maternal serum proteomic classifier consisting of IBP4 and SHBG for prediction of preterm birth, which can also be used to test PTB preventive strategies or guide levels of care.  For the future, the researchers state that having a classifier to help physicians risk-stratify patients for preterm birth in early pregnancy would be extremely valuable in guiding levels of care and employing preventive strategies for their patients. 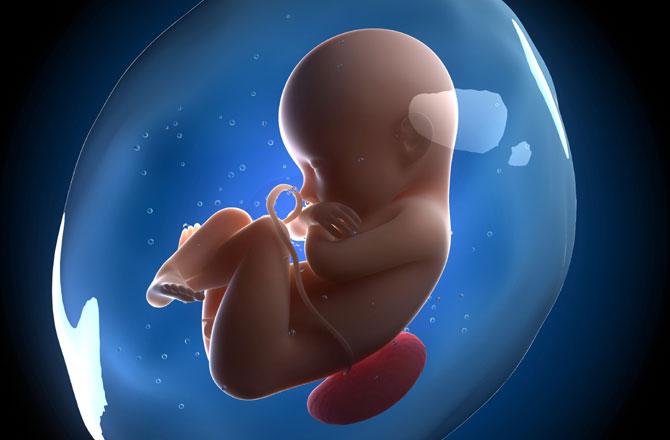