In humans, the surgical removal of an ovary or ovaries is most often performed due to diseases such as ovarian cysts or cancer, or in conjunction with hysterectomy. In the past, female recipients of ovarian removal have been presented with limited options for long-term endocrine and fertility support.  Now, Northwestern University researchers have developed a prosthetic ovary using a 3D printer.  The team state that their implant enabled mice that had their ovaries surgically removed to bear live young. The results were presented at the Endocrine Society’s annual meeting, ENDO 2016.

Previous studies show that oophorectomy is a major surgical procedure in which one or both of the ovaries are removed and is associated with long-term health risks.  Depending on the underlying medical condition, it may be possible for some women who have had one ovary removed with no hysterectomy to carry a pregnancy and give birth through in vitro fertilization with a donor egg and artificial insemination. When both of the ovaries are removed, a woman becomes permanently infertile, or incapable of a natural pregnancy with very little options.  The current study uses a 3D printer to create a scaffold to support hormone-producing cells and immature egg cells, called oocytes, to restore fertility in mice.

The current study applied biological principles to manufacture the scaffold, which needed to be rigid enough to be handled during surgery and to provide enough space for oocyte growth, blood vessel formation and ovulation. The structure was made out of gelatin, a biological material derived from the animal protein collagen.  Using human cell cultures, the researchers determined the optimal scaffold design should have crisscrossing struts that allowed the cells to anchor at multiple points. The scaffolds were then seeded with ovarian follicles, the spherical unit that contains a centralized oocyte with surrounding supportive, hormone-producing cells , to create the bioprosthesis.

The group then tested the implant by removing the ovaries of mice and replacing them with the ovary bioprosthesis. Results show that following the procedure, the mice ovulated, gave birth to healthy pups and were able to nurse.  Data findings show that implanting the prosthetic ovary in mice also restored the estrous, or the female hormone cycle.  The lab hypothesize that a similar implant could help maintain hormone cycling in women who were born with or have undergone disease treatments that have reduced ovarian function. They go on to add that these women often experience decreased production of reproductive hormones that can cause issues with the onset of puberty as well as bone and vascular health problems later in life.

The team surmise that they have developed an implant whose scaffold structure supported the growth of blood vessels in mice without the use of any substances to stimulate the process, and which interacts with the body’s tissues to restore ovulation and fertility.  For the future, the researchers hope to one day restore fertility and hormone function in women who suffer from the side effects of cancer treatments or who were born with reduced ovarian function. 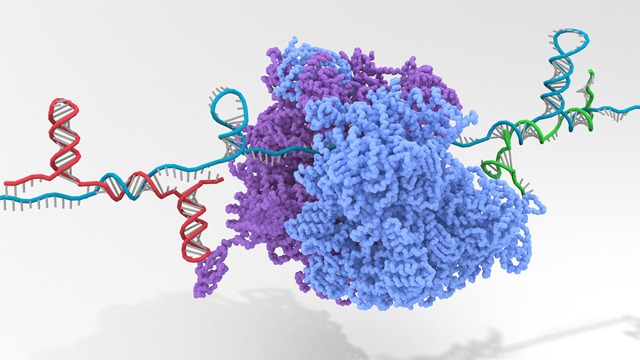