Eating one egg per day associated with a 12% reduced risk of stroke. 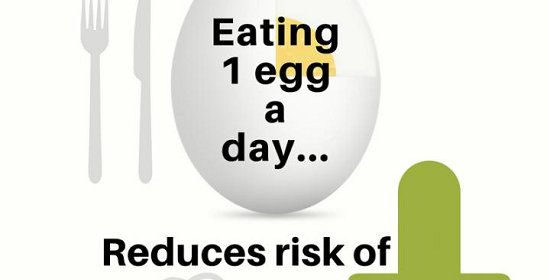 The role of egg consumption in the risk of stroke and coronary heart disease has come under scrutiny over many years.  Since eggs are a major source of dietary cholesterol, with one large egg containing almost 210 mg of cholesterol, it has been recommended to limit egg consumption unless the intake of other foods high in cholesterol is restricted.  However, eggs are also an inexpensive and low calorie source of many other nutrients, including minerals, proteins, and unsaturated fatty acids, which could lower the risk of cardiovascular disease.  Now, a study from researchers at the U.S. Department of Agriculture shows that eggs are associated with a reduction in the risk of stroke, the 5th leading cause of death in the United States.  The team state that their findings suggest that consumption of up to one egg per day had no association with coronary heart disease and was associated with a 12% reduction of stroke risk.  The study is published in the Journal of the American College of Nutrition.

The lab state that their research lends further support to changes in the recently released 2015 Dietary Guidelines for Americans, which have eliminated dietary cholesterol limits, and now include regular consumption of eggs among lean protein choices. They go on to add that it also builds on a 2015 meta-analysis in which dietary cholesterol was shown to have no association with cardiovascular diseases, including coronary artery disease and stroke.

The team surmise that their systematic review and meta-analysis underscores prior research, showing the lack of a relationship between eggs and heart disease and suggests a possible beneficial effect of eating eggs on the risk of stroke.  For the future, the researchers state that eggs are a relatively low-cost and nutrient-dense whole food which provides a valuable source of protein, essential fatty acids, antioxidants, choline, vitamins, and minerals. 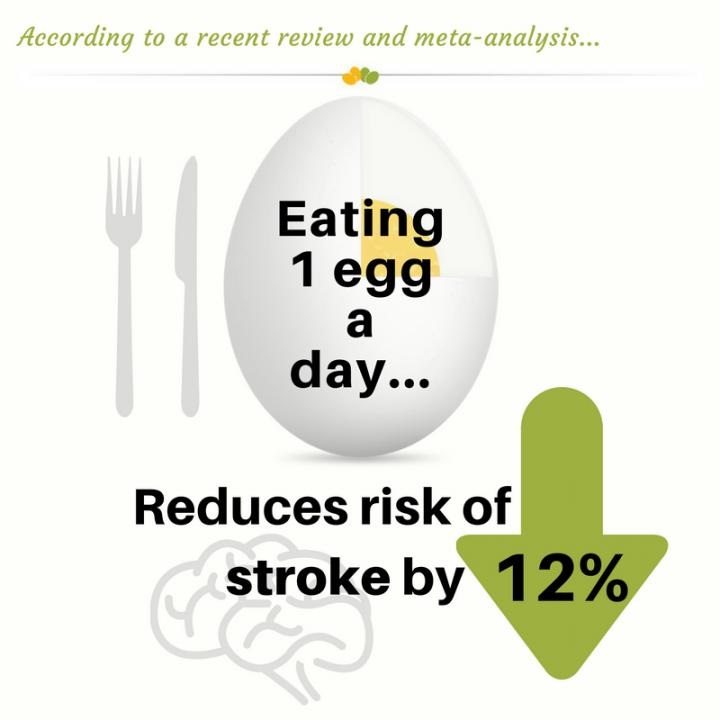 According to a recent review and meta-analysis, eating 1 egg a day reduces risk of stroke by 12 percent. Credit: Egg Nutrition Center.