First baby is born from a frozen, lab-matured egg. 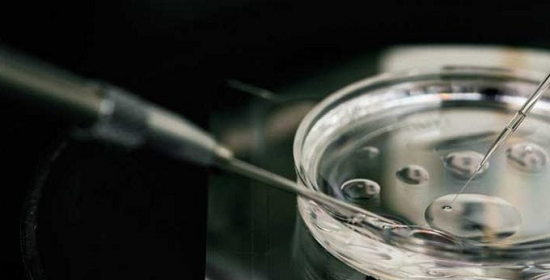 It is known that chemotherapy treatment for cancer may seriously compromise a woman’s eggs, affecting her fertility. Therefore fertility preservation is now a crucial part of the treatment for young cancer patients with the freezing of mature ova or embryos after ovarian stimulation still the gold standard with limited alternative therapies available. For some patients, where ovarian stimulation proves to be unworkable, freezing ovarian tissue is the only other election available for fertility preservation, however, this runs the risk of re-establishing colonies of cancerous cells when the tissue is transplanted back into the patient. Now, a study from researchers at the Antoine Béclère University has resulted in the world’s first baby to be born to a cancer patient from an immature egg matured in the laboratory, which was then frozen to be successfully thawed and fertilized five years later. The team describes how the baby boy was born to a 34-year-old French woman using the technique in vitro maturation (IVM), who was deemed infertile after undergoing chemotherapy for breast cancer five years prior. The opensource study is published in the journal Annals of Oncology.

Previous studies show IVM is where immature ovum, unable to be fertilized, are retrieved from the antral follicles of unstimulated or minimally stimulated ovaries and matured to undergo meiosis cell-division in a lab culture to produce a mature egg or gamete. For fertility preservation, IVM appears to be a viable option with the potential to be the next generation IVF. There have been successful births using unfrozen eggs matured via IVM that were immediately transplanted into the uterine lining of the patient, in contrast, there have been no successful pregnancies in cancer patients after eggs have undergone IVM and vitrification, where eggs are cryopreserved in liquid nitrogen to minimize additional damage to the cell by avoiding the formation of ice crystals. This led to the general consensus that embryos derived from IVM oocytes were more susceptible to vitrification than germinal vesical-harvested oocytes. The current study records the first-ever baby born to a cancer patient from eggs matured using IVM culture and then frozen for 5-years.

The current study utilizes seven immature eggs that were removed from the patient’s ovaries before their chemotherapy treatment began, which were then placed in IVM culture to enable the eggs to mature in the laboratory. Results show the immature eggs were successfully matured in IVM medium supplemented with the patient’s own serum, follicle-stimulating hormone and human chorionic gonadotropin, a hormone that supports the normal development of an egg in a woman’s ovary, and stimulates the release of the egg during ovulation. Data findings show after 48 hours the matured eggs proved to be healthy and were frozen by means of vitrification.

The patient went into remission for breast cancer with tests indicating the chemotherapy had made her infertile, however, after 5 years the patient had decided to start a family. The lab explains that the first step involved preparing the patient’s uterine wall which was thickened using estradiol, the primary female sex hormone, critical for placental production and hypothesized to maintain pregnancy. They go on to add that all six eggs survived the thawing process and were fertilized using intracytoplasmic sperm injection; five fertilized successfully and one embryo was transferred to the patient’s womb. They happily conclude that she became pregnant and nine months later gave birth to a healthy baby boy called Jules on 6 July 2019.