Posted on October 3, 2016 by Healthinnovations 2 comments 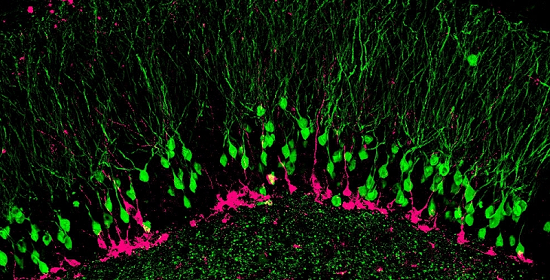 It is known that neurons in the central nervous system of higher vertebrates are formed during embryonic development and that neurogenesis does not occur postnatally, except in the hippocampus. Buried deep underneath the folds of the cerebral cortex, neural stem cells in the hippocampus continue to generate new neurons, inciting a struggle between new and old, as the new attempts