Simple mistake made in study leads to sex bias breakthrough in multiple sclerosis.

Posted on June 1, 2015 by Healthinnovations 2 comments 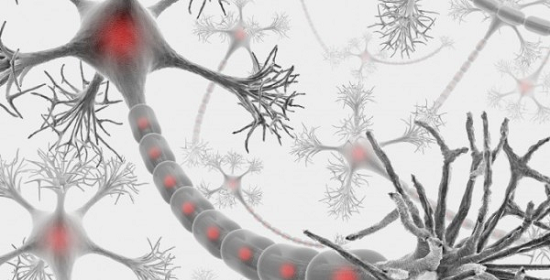 An innocent mistake made by a graduate student in a Northwestern Medicine lab (they accidentally used male mice instead of female mice during an experiment) has led scientists to an exciting breakthrough that offers new insight into why women are more likely than men to develop autoimmune diseases such as Multiple Sclerosis (MS).  The data finding focuses on a type of white blood cell, the innate lymphoid cell, that exhibits different immune activities in males versus females.

The team state that MS is a disease that affects the brain and spinal cord and is the result of a dysregulated immune response. Using a mouse model of MS in which only females get disease, this study showed that innate lymphoid cells are activated and protect male mice from the disease. Although female mice have these same cells, they remain inactive and do not protect them.  They go on to add that the research opens up new avenues for investigation into sex-determined disease susceptibility and could one day lead to better therapies for both men and women with MS and other autoimmune diseases.

Women are three to four times more likely than men to develop MS, and much of the current research focuses on this fact, states the researchers.   Now, thanks to a serendipitous moment in the laboratory, the team say they are investigating why males are protected from MS.  They hypothesize that understanding the mechanisms that limit disease in men can provide information that could be used in future therapy to block disease progression in women.

Like most laboratories that study the mouse model of MS, female mice are used in almost all of the  experiments.  Previous studies have shown that when the disease is induced in this strain of female mice, virtually 100 percent of them get very sick.  Male mice either got no disease or very little, so MS researchers typically use females in their studies.

A few years ago the team ran an experiment using two groups of female mice. One group was normal; the other had a genetic mutation in a growth factor receptor (c-kit) that prevented the development of a subset of immune cells.  Previous experiments from the team showed that female mice with the mutation didn’t get as sick as normal mice, and the researchers were looking into reasons why. However, instead of using females, the graduate student accidentally chose male littermates from each group.

The results of the previous study were striking; the male mice with the mutation got very, very sick.  Because this strain of male mice never get very sick, the researcher at first thought there was some sort of mistake and repeated the experiment.  The results were the same, the team realized that the mutation was behaving differently in males and females.   The team decided to investigate these findings further.

The current study shows that mice with the c-kit mutation lacked type 2 innate lymphoid cells. These cells are normally present in bone marrow, lymph nodes and the thymus of both males and females. The researchers think that in males these cells produce a protein that may help to protect from the disease by interfering with the damaging immune response.

The data findings show that when these cells are missing in the males with the mutation, that changes the whole immune response of the male animals and causes this lack of protection.  The researchers are now looking at what activates these cells preferentially in males and not in females. The next question is can the innate lymphoid cells in females be activated to decrease disease susceptibility.

The team note that this isn’t the first sex difference study in the field of MS research. In the 1990s, scientists found that testosterone was a protective hormone for women with MS, but long-term treatment of women with MS with testosterone is not a viable option because of undesirable side effects.

Type 2 innate lymphoid cells have been well studied in allergy, where they are thought to promote allergic inflammation, state the team. However, this is the first study to show that these cells exhibit sex differences in their activity and actually can protect in autoimmune disease. Early trials are underway with the researchers hoping to find clues to explain potential activators of these cells and whether those activators can be used in therapy.

The team surmise that the data findings could lead to a new approach to designing drug therapy that modulates instead of completely suppresses the immune system of MS patients, shifting the response to one that is not so damaging.

They conclude that the hope is to target these cells in a sex-specific way and provide a therapy with fewer side effects.  This early research may have implications for understanding other diseases such as lupus and rheumatoid arthritis, which also show a female bias.