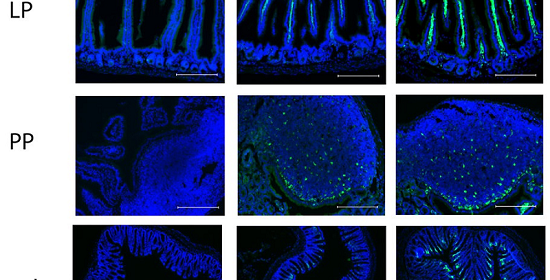 The intestines’ primary role is digestion, however, they must also achieve high performance around the clock defending against pathogens and environmental pollutants. This is because everything taken up with food ultimately ends up in the digestive tract.  The intestines assume an important barrier function so that, to the greatest extent possible, no harmful organisms and substances are able to overcome this bastion.  Now, a study from researchers led by the University of Bonn identifies a new regulatory mechanism where food components and environmental factors influence the immune system. The team state that their findings show how an important immune response controller works.  The opensource study is published in the journal Scientific Reports.

The team surmise that their study shows that food can have significant influence on the immune system. They go on to add that when vegetables contain many substances which bind to the Ah receptor and thus activate the associated repressor, this may stabilize the immune system in the intestines.  For the future, the researchers state that the degree to which the results in animals can be transferred to humans should be researched further. 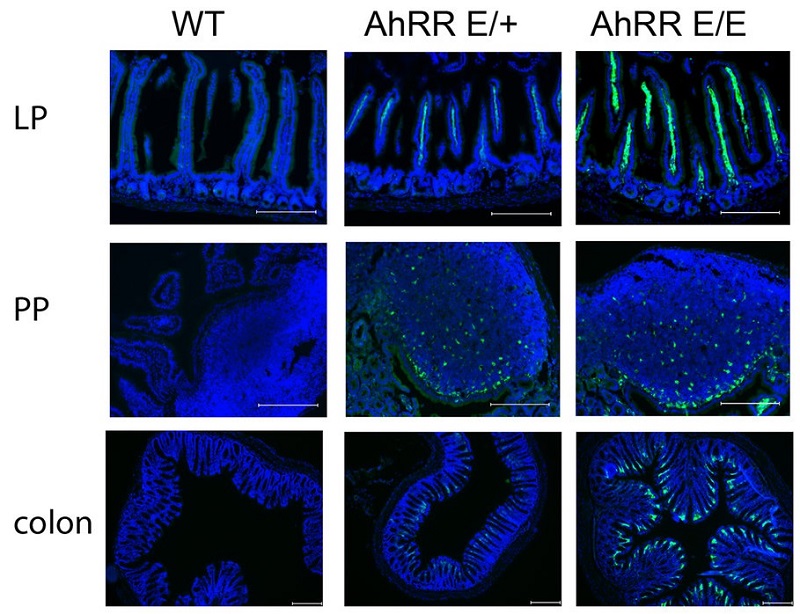 AhRR/EGFP expression in the small intestine and in lymph nodes. Immunofluorescence analysis of frozen sections of the SI, PP and colon of WT, AhRRE/+ and AhRRE/E mice counterstained with DAPI (bars: 200 μm). Balancing intestinal and systemic inflammation through cell type-specific expression of the aryl hydrocarbon receptor repressor. Förster et al 2016.